The more obvious driving factors behind the call for CO2 regulatory policies are based on environmental considerations. But, while many different ideas have been floated as to the types of policies that should be adopted, few really explain how an atmospheric CO2 concentration that does not exceed a doubling of the pre-industrial concentration — a threshold targeted by the IPCC– can be achieved. 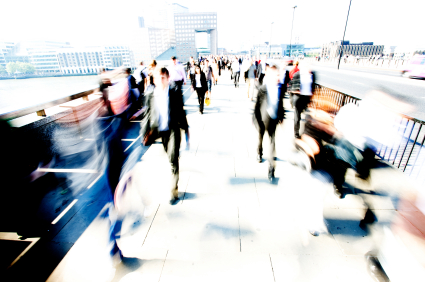 Many legitimately question whether doing so without technologies that are unlikely for decades such as fusion energy, space-based solar energy or artificial photosynthesis is even possible.5

People : To some, people are essentially seen on balance as an environmental liability. The more people there are the more resources they consume. From this perspective, renewable natural resources like air, land, water, fish and wildlife are considered generally static, fragile and destined to degradation and decline when used. From this vantage, more people lead to a worse environment. This type of thinking is beginning to be openly expressed in the debate over climate change as revealed in a recent press release from one London-based environmental concern with the headline “Combat Climate Change With Fewer Babies:”

“A radical form of “offsetting” carbon dioxide emissions to prevent climate change is proposed today – having fewer children…” and goes on to state, “The most effective national and global climate change strategy is limiting the size of the population.” 6

In a supporting briefing paper the environmental concern elaborates,

“A non-existent person has no environmental footprint: the emissions “saving” is instant and total. Given an 80-year lifespan and annual per capita emissions … each Briton “foregone” – each addition to the population that does not take place – saves 744 [tons] of CO2…each foregone Briton therefore saves society $63,240 … A 35-pence (65-70 cents) condom, which could avert this cost from a single use, thus represents a spectacular (nine million per cent) potential return on investment.” 7

“The only answer to these problems is a dramatic reduction in our energy and resource consumption.” 8

The notion that economic growth is inherently at odds with environmental quality can even be found in the statements of environmental concerns that would generally be perceived as ‘mainstream.’ According to one such entity:

“If nothing is done to address unsustainable consumption in industrialized nations, as well as the high rates of growth in poverty-stricken countries, the impact that human beings could have on remaining habitat and natural resources will be unprecedented.”9

And as IPAT co-conceiver Ehrlich put it:

Technology: Like affluence, under the IPAT equation, technology is seen, on the whole, as leading to more environmental degradation. Technology magnifies the potential for humans to affect their environment and perhaps no technologies do so more than those related to energy. The word energy derived from the Greek word energos meaning ‘active’ or ‘working’ and is considered by physicists as the capacity of a physical system to do work. The greater the capacity, the more work that can be done and from the IPAT perspective, the greater the work, the greater the environmental impact. As one former US Senator put it nearly two decades ago:

Although generally doubted now, when two researchers, Fleischmann and Pons, created a flurry of interest by announcing they had experimentally demonstrated cold fusion — a potentially inexhaustible, clean and inexpensive source of energy — a number of leading environmental figures commented on the prospect. 12

For one, it was “… the worst thing that could happen to our planet.” John Holdren, IPAT co-conceiver, remarked that “…clean-burning, non-polluting, hydrogen-using bulldozers still could knock down trees or build housing developments on farmland. ” 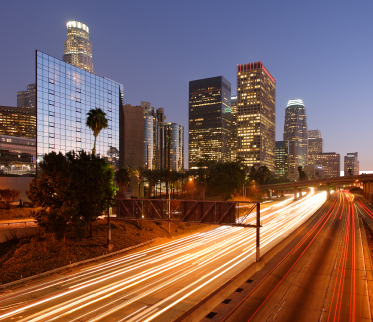 If one sees growing economies supporting more people and advancing technologically as leading to environmental degradation and one is concerned about climate change, what might otherwise seem to be a rush toward ineffective and unachievable CO2 policies that would impose enormous costs might make sense. From this perspective, limiting economic growth is a desirable outcome. Economic growth is dependent upon access to affordable and reliable energy. Measures that reduce the reliability and affordability of energy would result in reduced economic growth. Politically, however, directly calling for limitations on energy through taxation or other means is a more difficult position to take. Calling for immediate CO2 policies is different. Demands for such policies assert that the policy will avert an impending crisis. The effect, however, is the same.

CO2 is a ubiquitous byproduct of human activity. It is a byproduct of the technologies we employ to generate energy, for transportation, in manufacturing and agriculture and even when we breathe. CO2 is a byproduct of humans and almost everything we do. Limiting CO2 emissions would have the same effect as increasing the cost of energy through taxation. While discussed as solutions to climate change, all the proposals to control carbon emissions — the Kyoto Protocol, cap and trade, carbon tax — would have the effect of energy taxation and constrict the energy supply.

Generally, the greater the capacity of an energy source to meet near term needs tends to be, the more it is negatively portrayed by some environmental concerns. This includes fossil fuel , nuclear and hydropower energy sources that supply over 95% of our energy.13 The benefits provided by the energy source to energy security, the economy and to human beings are often not taken into account. At the same time, while some other energy sources are portrayed as more desirable, the fact that these sources have far less potential to meet our current energy needs is given little attention. And, when there are actually efforts to integrate such resources into the energy supply rather than simple rhetoric about the need to develop them, environmental issues are often raised.

When considering the potential for different energy sources to meet our current and future needs and some impediments to tapping them including environmental opposition, one way to group them is into renewable energy sources such as solar , wind , alternative fuels and hydro power; nuclear energy; and hydrocarbon-based or fossil fuels energy including coal , natural gas and oil .