• They are often promoted with sensational scenarios. 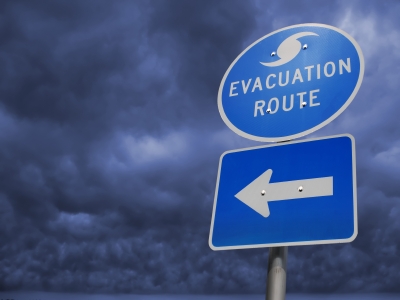 Sensational scenarios such as a 20-foot rise in sea levels are often brought up in the course of discussion about CO2 regulatory proposals. Despite such dramatic statements, in the worst case scenario the IPCC or Intergovernmental Panel on Climate Change’s reported maximum range of sea level rise is about 23 inches over the next century. The IPCC estimates that sea levels rose 4.7 to 6.7 inches over the 20th century.14

• The resulting impact in atmospheric CO2 concentrations would have a virtually insignificant effect upon temperature.

The various proposed CO2 regulatory policies would have little effect on the climate. For example, some climate model calculations show that if the Kyoto target of reducing emissions to seven percent below those of 1990 were achieved, it would postpone a temperature change of 0.15˚ Celsius anticipated in one century by six years. Some climate modeling further calculates that even more aggressive measures than Kyoto would be needed to stay below the IPCC CO2 target threshold of 550 parts per million.15

• They impose large economic costs that would require significant changes in the quality of life.

The enormous cost of the initial proposal to control carbon emissions, the Kyoto Treaty, was recognized by the US Senate. The Senate overwhelming rejected the Kyoto Treaty that — during the Clinton Administration — was estimated to cost as much as four percent of GDP.16

The Congressional Budget Office (CBO) recently conducted an analysis of another approach to reducing emissions — the cap and trade method. Under this method the government would set limits on the amount of CO2 that could be released and permits to release a set amount of CO2 would be issued. Those whose CO2 emissions fell below what were allowed under their permits could sell the difference to others who did not have enough credits. The CBO found that the increased costs resulting from this approach would ultimately affect individuals with lower incomes most adversely and that a cap and trade program would be expensive. According to the CBO :

“Regardless of how the allowances were distributed, most of the cost of meeting a cap on CO2 emissions would be borne by customers, who would face persistently higher prices for products such as electricity and gasoline. Those price increases would be regressive in that poorer households would bear a larger burden relative to their income than wealthier households. In addition, workers and investors in parts of the energy sector- such as the coal industry- and in various energy-intensive industries would be likely to experience losses as the economy adjusted to the emission cap and production of those industries’ goods declined.”17

The Danish statistician Bjorn Lomborg gathered a group of leading economists, including several Nobel Prize winners, and asked them to rank a series of proposals to spend money to benefit people based upon which expenditures would have the most beneficial effects. At the bottom of the list was incurring costs to reduce CO2 emissions. At the top was providing clean drinking water to the poor.18

A statement by the recent director of the World Health Organization lends support to the selection of clean drinking water over CO2 emissions policies. According to the late Dr. Lee Jong-Wook:

“Water and Sanitation is one of the primary drivers of public health. I often refer to it as “Health 101”, which means that once we can secure access to clean water and to adequate sanitation facilities for all people, irrespective of the difference in their living conditions, a huge battle against all kinds of diseases will be won.”19 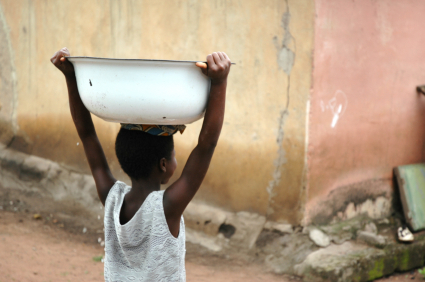 Providing clean drinking water to the poor is indeed a huge battle and huge potential opportunity cost. In less than a minute, another child will die from contaminated water or poor sanitation.

Just how difficult it would be to stay below the threshold CO2 concentration is revealed by the particulars of some of the proposals to do so using current technology. One notion that has been put forward is that various carbon emissions offset strategies, called wedges, that use existing technologies can be adopted over the next five decades to keep the overall atmospheric CO2 concentration from rising above the IPCC’s threshold. The idea is that each wedge would represent a means to offset a section of a triangle formed by the upward sloping line of carbon emissions anticipated with energy, economic and population growth and a base line representing an atmospheric CO2 threshold. While no single solution or wedge is anticipated as being sufficient to equal the triangle, the wedge proponents envision a series of stacked wedges providing a formula for staying below the threshold. 20

The proponents offer wedges that offset carbon emissions in the provision of electricity. For example:

Still, other wedges could be created by strategies to offset carbon emissions from fuels. For example:

The wedge proponents explain that their analytical tool allows comparison of the different means that can be employed to stay within the targeted CO2 atmospheric concentration. Each of the carbon management strategies represented by a wedge is anticipated to be phased in over the next 50 years and eventually reach the point where it provides an annual offset of one gigaton of annual CO2 emissions. Exactly how many wedges would be needed is dependent upon the growth rate of carbon emissions. The wedge authors explain that their projections continue:

Essentially, just how many such wedges would be required is dependent on other variables such as the growth in energy supply, the economy and population. The relationship between these variables has been expressed in a number of ways including by an equation known as the Kaya Identity.

Under this equation, for CO2 emissions to decline, then one of the variables contributing to it must decline – carbon-intensity, energy-intensity, GDP or people. The above discussed wedges were offered by their authors as possible strategies to stay below the IPCC’s atmospheric CO2 threshold concentration without technologies like fusion while energy supply, GDP and population increased.