IER provides future levelized costs of electric generating technologies based on analyses from the Energy Information Administration (EIA) for the Annual Energy Outlook 2013 here. Levelized costs represent the present value of the total cost of building and operating a generating plant over its financial life, converted to equal annual payments and amortized over expected annual generation based on an assumed operating cycle. Those costs are based on capital cost estimates of the slate of technologies that EIA considers along with their estimated operations and maintenance costs. The latter data were updated for the Annual Energy Outlook (AEO) 2013 estimates by the contractor that provided the original cost estimates to EIA in 2010. IER provided the 2010 capital cost estimates here. This article provides the updated estimates used in the AEO 2013.

Of the technologies that EIA represents in its National Energy Modeling System, the major differences in the assessment of capital costs in this update compared to the previous assessment in 2010 are as follows[i]:

The following graph depicts the capital costs by generating technology in 2012 dollars per kilowatt. 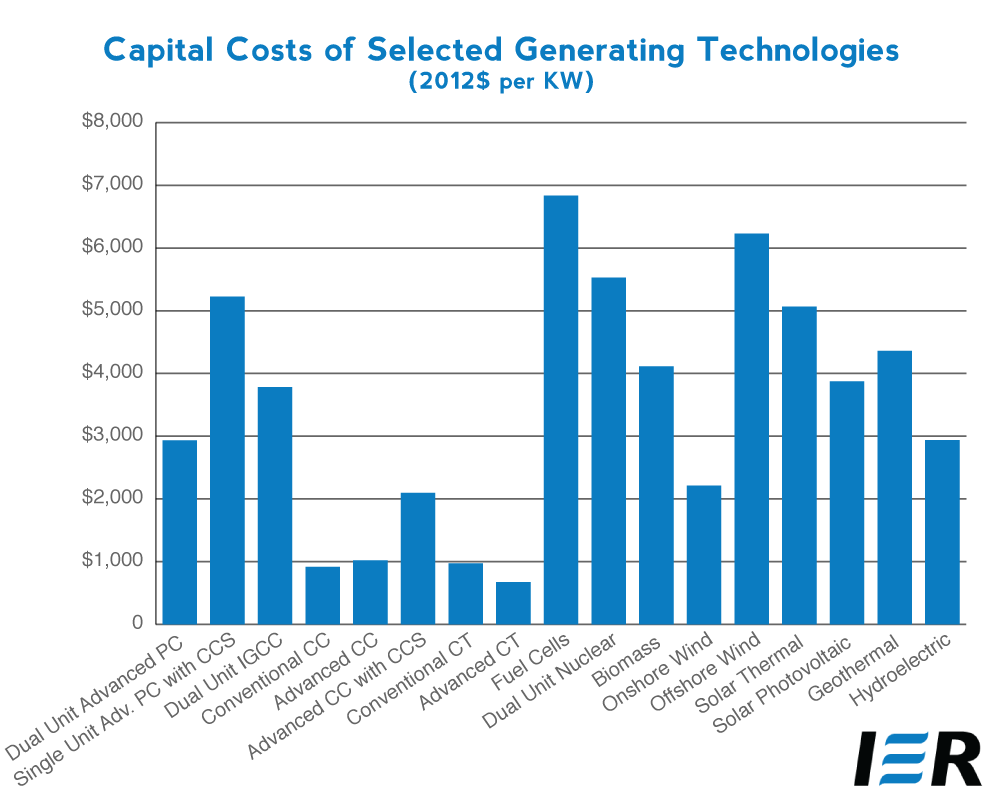 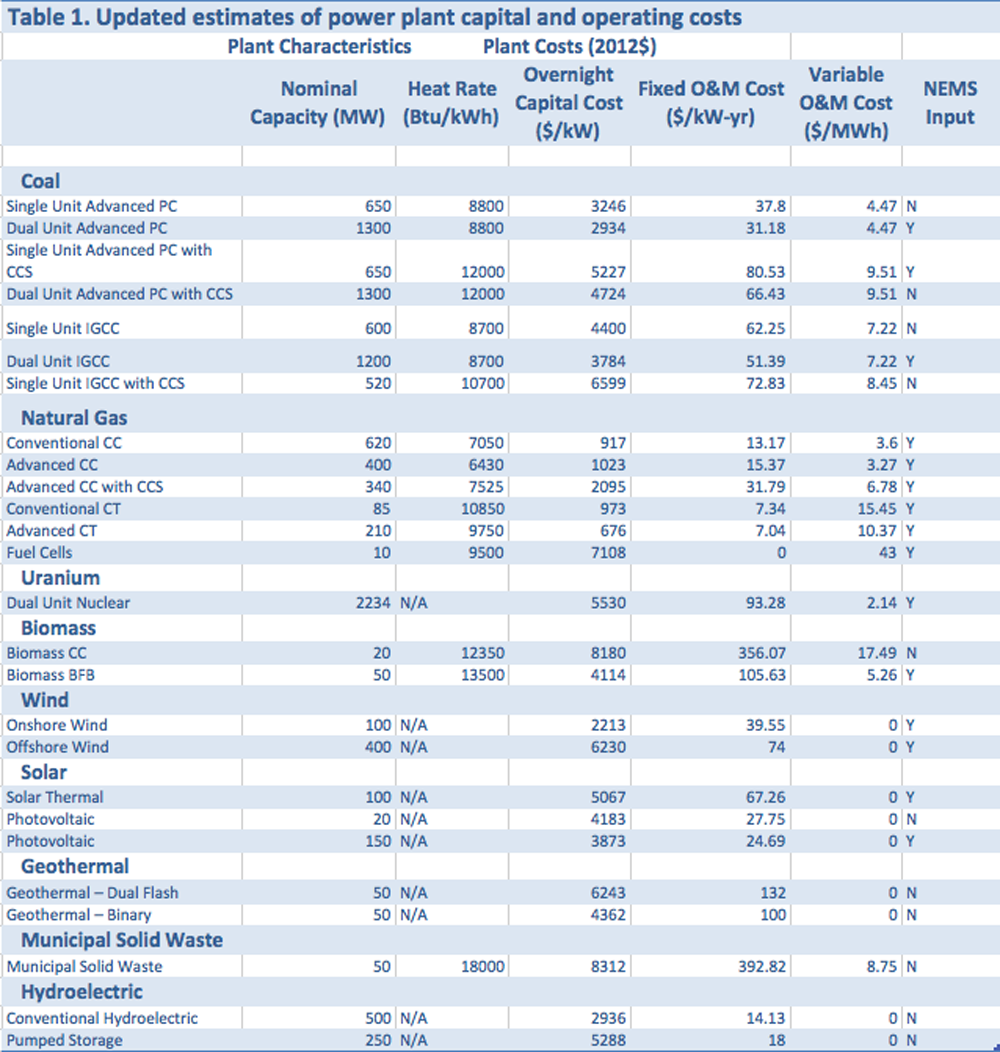 The term “overnight” refers to the cost of the project excluding interest that would be incurred during its construction.

Heat Rate is a measure of generating station thermal efficiency in Btus per kilowatthour.

Oil Shale Development in the United States and Abroad